Like most people, I love a good fantasy, and because I deal in antiques, a recurring daydream is finding a true ‘sleeper’, an ordinary, everyday object that turns out to be a million dollar artefact.

It happened just last week, though, alas, not to me.

A New York family bought a small bowl a garage sale, and it turned out to be a 1,000 year old Chinese Northern Song Dynasty treasure. The only other know example of similar size, form and design is in the British Museum.

The bowl was auctioned at Sotheby’s and brought USD 2.2 million. 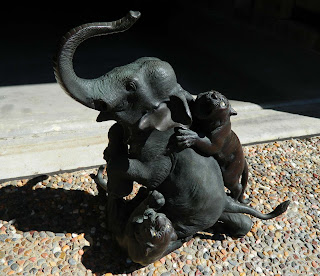 The next major stop on the Australian Antiques Fairs circuit is the Bendigo Easter Antiques Fair. This will take place over Easter Weekend, 30/03/2013 - 01/04/2013. Dealers attend from all over Australia. 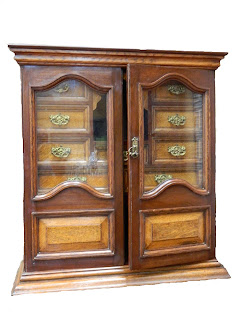 We'll be thrilled to catch up with old friends, and make some new ones.  We'll have some lovely English furniture and an absolutely lovely bijouterie (jewellery cabinet).  Among our rarer pieces will be the gorgeous Meiji Era bronze pictured above.