What Makes Something Antique?

The question ‘What makes something antique?’ or ‘How old does a thing have to be to be called antique?’ is probably the second most frequently-asked question Martin and I get.  (The most-asked question, perhaps unsurprisingly is, ‘how much is this worth’?)

An antique is an old item of human manufacture. Exactly how old is a matter that experts argue over. The answer most often used in a legal context is ‘one hundred years old or older’, and that is the definition I use. You might also hear people say that antiques are items made before 1930, because the US Tariff Act of 1930 (Smoot-Hawley Tariff Act) raised tariffs on imported goods, but exempted bona fide­ antiques, defined as items of quality craftsmanship produced before the era of mass production, which was determined to have begun circa 1830; one hundred years earlier.

These days, people are calling younger items antiques, and there can be a lot of controversy about it. The subject needs fuller treatment, and we’re revising and updating an article we wrote a couple of years ago about the definitions of antiques and the major issues involved.  We’ll also look at ways of describing old and/or collectable items that are not considered antiques by traditional standards but are nonetheless collectable, important, and sometimes quite valuable.

Related terms
Here are some useful definitions for categorising old items made by people and now collected by other people: 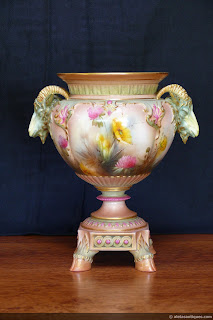 Antiques are items of human manufacture that are at least one hundred years old, and prized for their craftsmanship.

Antiquities (ancient artifacts) are decorative or functional items from the ancient past.  A person who deals in antiquities is an antiquarian rather than an antique dealer.

Vintage items are a little trickier to define.  Vintage means ‘of a certain time period’, and It has come to mean collectables or tradable items too old to be contemporary but not old enough to be seen as true antiques.  Some dealers and associations simplify things by referring to all collectable items as ‘vintage’. 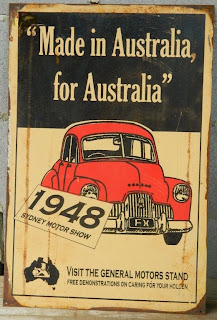 Retro is a very fluid word technically meaning ‘looking back’, but in modern usage it has broad application and can mean vintage, old, old-fashioned or neo- that is, made in the style of something older.  Some examples are: retro fashion, fifties retro, or retro cars, which can be cars of the new millennium made in the style of older 20th century cars, or the older cars themselves.
Collectables are the easiest to define; these are any items that people find worth collecting for whatever reasons.  Dealers may distinguish between manufactured objects that were intended to be collected, and collectables that originally had another purpose, such as cereal boxes, stuffed animals, or stamps.  Collectables may have begun life as marketing gimmicks and free giveaways (e.g. cigarette cards, cheap glass) and this trend continues, such as cheap toys given away with fast food purchases, and special ‘collector’s editions’ of magazines, records and comics.