I'm not sure whether it's a brag, or just the thing to say at the moment, or what, but antiques dealers, valuers and auctioneers keep repeating that world economic crisis notwithstanding, art and antiques are selling well at the top end. 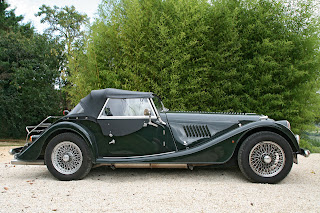 Winter auction results for classic cars give lie to that, at least here in Australia.  I note that both Bonham's and Sotheby's had a hard time with June classic car auctions. Cars that were runaway best sellers in the 1980s and even ones that were still hot-ticket items at the turn of the millenium didn't fare so well last month. Several noteable collectors' items passed in at the Bonham's sale.

I'm not a car specialist, so if you're inclined, you can read about it from James Cockington in his article for the Brisbane Times.

Sotheby's knocked down a cool AUD 1.5 million ($1.6 million US, £993K) for the original (draft) manuscript of Austen's unfinished novel 'The Watsons'.
You will recall that in December of last year, a first edition of John James Audubon's The Birds of America sold for a record-breaking £7 million.


So, even in the 21st Century, a book doesn't have to be replete with graphic sex and violence to be a 'bestseller'.  Cool!

Isn't that amazing about Jane Austen's book! Loved that piece of trivia!

Thanks awfully for dropping by Red, and for leaving a comment - always honoured to hear from you.

Yes, amazing that she's so popular 200 years later. A good story is still a good story!

Says you. The picture of them dancing looks pretty racy and dare I say, graphic? I can almost see her ankles.